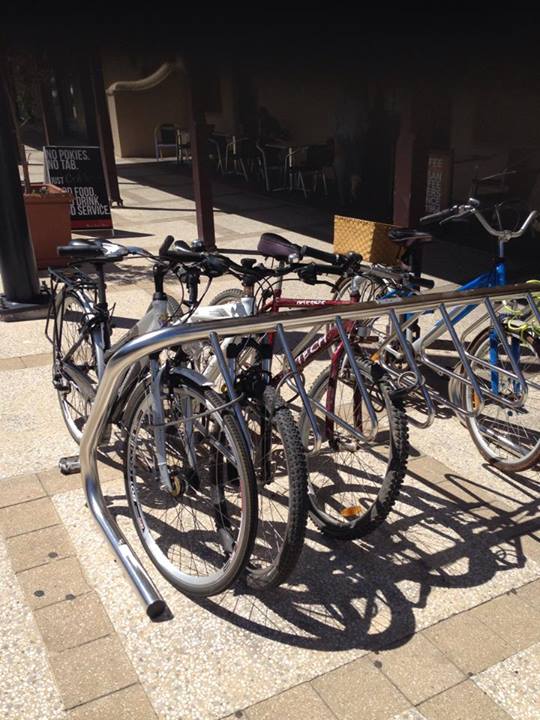 What will a future Gawler look like? When it comes to getting around the town, be it for business, social interaction or getting to work and school, the future movement of people is an interesting topic.

The car based lifestyles and economy in which we currently live would suggest that a shift to electric vehicles will be the most logical solution, however that alone is unlikely to solve all our problems. Here are some trends I have been hearing about and starting to see occur in other cities and towns around the world.

So how could this effect Gawler?

Here is one version of transport in Gawler some time in the future.

Gary and Gretta don’t own a car and they are both enjoying the fact that they are feeling fitter and healthier than the last 30 years. Gary walks to the train and enjoys the 30 minute express to Adelaide on the new electric train. On the way he uses his phone and the free wifi on the train to book an electric share car for Saturday morning when he and Gretta will head out to visit a new pub in Clare that is serving the best pork belly in SA (that comes from not too far away Atherton farm at Lochiel).

Gretta heads out in the morning on her trusty Treadlie after sending their two children, Molly and Michael, out the door to walk to school. Gretta arrives at work and is a bit annoyed there are no more bike spaces left – all 10 spaces are already taken by her work colleagues bikes. Gretta settles for locking her bike to the nearby pole and is distracted from her annoyance by a buzzing of her personal fitness monitor advising that she has just achieved a personal best for km’s ridden in one week.

Meanwhile at school Molly’s class is excited as they choose their favourite historical character to research. They get to download the file and use the classroom 3D printer to produce a miniature figurine they will paint in the afternoon.

Michael is sitting in his maths class trying to work through his assignment but is distracted as he watches out the classroom widow at the small aerial drone delivering the weekly school stationary supplies to the front office.

From: Uncategorized
← Thinking about Batteries?
Battery Storage Information Night for Gawler →
No comments yet